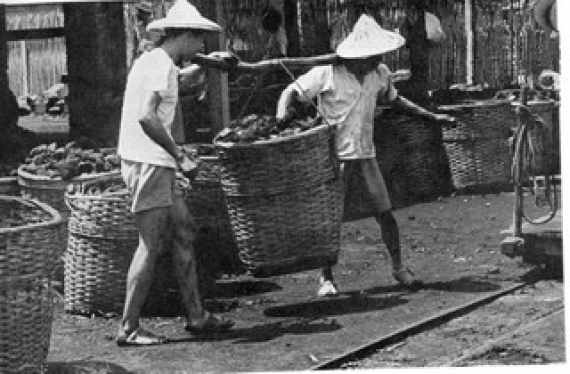 Coal mines in Wenshan District were predominantly based on both sides of Xinglong Road and of Jingmei River. Mountains in Xinglong Road and the Muzha Zoo were rich in coal reserves. During the Japanese colonial period, profits generated by operating a coal mine were so hefty that there was a “coal gold rush” among private businesses.

There were six major mines in Wenshan District in the 1960s, which are as follows:

The placename “Wanfang” is said to consist of the “Wan” in Wanlong Coal Mine and the “Fang” in Fangchuan Coal Mine.

Coal deposits extracted from Fangchuan, Yonghe, and Wenhe mines, which were close to Muzha Road, were delivered through push cars along the Shiding Rail Line (traveling between Shiding to Jingmei) to a storage facility near Jingmei Railway Station. Those acquired from Wanlong (or Defeng), Xinyi, and Yongfeng mines, which were based within Jingmei, were sent through push cars along the Shiwufeng Rail Line to a storage facility near Shiwufen Railway Station. The coal deposits stored near both Railway Stations were then transported via Wan-Xin Railway.