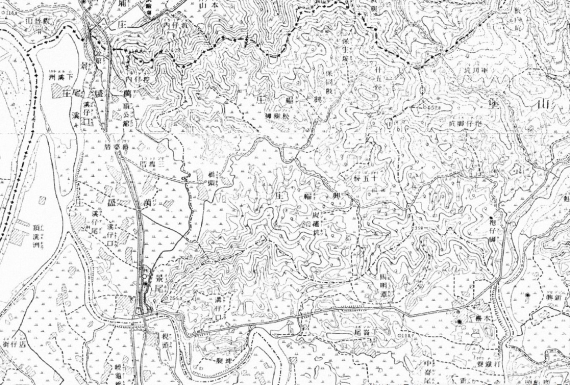 The official website of the Wenshan District Office provides an overview of the history of Jingmei:

Jingmei was originally inhabited by the Xiulang community of the Pingpu indigenous tribe. In 1729 (the 7th year of the Yongzheng era), the tribe had a conflict with a crowd of Cantonese cultivators led by a man named Liu gaan-ngok, who were setting up Chuansan (Fist Mountain) in the Linkou village (nowadays Gongguan); that conflict saw hundreds of casualties. Five years later, immigrants (from Anxi County of Quanzhou City in the Chinese province of Fujian) arrived in Ketagalan, settling in Wenshan, driving away the Cantonese people, and establishing the Gongguan village (where the Gongguan campus of National Taiwan Normal University, or NTNU, is located nowadays), and their settlement had since spread southward. In around 1740, Xizikou, San Kuai Tso (a community built by three cultivators), and Shiwufen Zhuang (a community built based on 15 capital stocks) were set up, and they would be combined into two villages: Xingfu and Wansheng.

The immigrants at the time might have advanced southward either from the present-day Gongguan or along the bank on the right side of the Xindian River to settle in Gongguan Street and Xizikou, where they would establish the Wan Cheng village. Afterwards, they climbed over the Toad Mountain and built settlements eastward, which would eventually expand and form Shiwufen Zhuang (i.e., the Xing Fu village).

Jingmei was originally called “Kingbe” (in which “King” refers to a wooden trough in Southern Min and “Be” means the end). The name was given during the Qianlong era, because Kingbe was located at the end of a big wooden trough bridge installed to deliver irrigation water sent by the Liugongjun canal system (constructed under the supervision of Kuo Hsi-liu, born in 1705 and deceased in 1765), which ran over the Wuli River (nowadays Jingmei River) while channeling water from the Qingtan River in Xindian into crop fields in Taipei. Kingbe was under the administration of Fort Tamsui and subsequently Fort Chuansan in 1812 (the 17th year of the Jiaqing era), which was renamed in 1894 (the 20th year of the Guangxu era) as the elegant sounding “Fort Wenshan.”

When Taiwan was under Japanese rule, Japanese people changed Kingbe to “Kengbe” (King and Keng are similarly pronounced in Southern Min) because King was a rare word in the Japanese language. From the middle stage of the Japanese colonial period onwards, Kengbe was under the administration of the Shinko village of Bunsan District of Taihoku Prefecture. Kengbe became a district of Shenkeng Township of Taipei County following World War II, but it was separated from Shengkeng after redistricting in 1950 and became an independent township, with Muzha established as a county. Yet, because the character “be” in Kengbe, which gives an connotation of “down and out” or “the worst scenery” in Mandarin, did not sound auspicious, Lin Fo-kuo, a member of the Taipei County Council at the time, proposed changing it to “mei” (beauty), an idea that received widespread support—and hence Jingmei Township. Today, when locals in Jingmei pronounce the name of the region in Southern Min, they say “Jingma” rather than “Jingmi.”

In 1968, Jingmei and Muzha were placed under the jurisdiction of Taipei City, designated as Jingmei District and Muzha District, respectively. In 1990, two districts were combined to form the present-day Wenshan District.

The earliest land reclamation contract ever found in Wenshan is the one clinched among Hu Hsin-chia, Chien I-chih, and Lo Ku-chin in 1761 (the 26th year of the Qianlong era). One can learn from this contract that a village called “Xingfu” had already been established at the time. In addition, The Chronicles of Taipei County describes how Shiwufen Zhuang was established:

The quotation above indicates that 12 people from Anxi County of Fujian Province contributed 15 capital stocks to build Xingfu Village—and hence the village is also known as Shiwufen Zhuang.

A tenant farming agreement written by Chun Hsiao-tzu in 1777 (the 42nd year of the Qianlong era), a landlord based in Hsiu Lang, makes a mention of the place name Shiwufen:

“Shan Pu lies in a mountain top locally known as Shiwufen and faces Lin Bu Sheng Shan in the east.”

Moreover, according to The Chronicles of Taipei County, Hsu Piao-sheng, one of the cultivators of Shiwufen Zhuang, migrated with his cousins Hsu Piao-chung and Hsu Piao-hsing (both mentioned in a book about the genealogy of the Hsu family in Taiwan) to Taiwan and worked with other locals from Anxi County to establish the village. Liu Ping-cheng, the fourth son of the Shiwufen settler Liu Shih-tang, moved to Dapinling in Xindian and established Qizhang; the Lius have since become famous in the local community.

The village stretches from Chiao Tou (nowadays the junction of Jingxing Road and the end of Section 1 of Xinglong Road) in the east, extends toward Jingmei River and Xindian River in the west, borders with the Toad Mountain in the north, and faces Jingmei River. Today, it spans communities whose names start with “Wang” or “Jing.”

Gongguan Street, located between Wanfu Elementary School and Section 5 of Roosevelt Road, is a community developed at an early time, and most local residents used to carry the surname “Hsu.” The street accommodates an alley characterized by time-honored houses built from red bricks. Moreover, you can see Dinggonguan Fude Temple on the street, which is dedicated to Earth God and stands next to two apartment buildings.

Panlutian is located at the front left of NTNU’s Gongguan campus on Alley 23 of Section 4 of Tingzhou Road. The name originates from the presence of two to three shops based somewhere between Dinggongguan (Gongguan Street) and Xiagongguan (in Alley 119 of Section 4 of Roosevelt Road). Panlutian used to serve the now-defunct Wan-Xin Railway; it houses the Gongguan Fude Temple, which is dedicated to Earth God.

Fanposto is located in the vicinity of Wanlong Jiying Temple on Alley 211 of Section 5 of Roosevelt Road. The name originates from the fact that an indigenous old lady lived there at the early stage of the Wansheng village’s cultivation. Moreover, because Shiwufen Zhuang used to yield an abundance of pineapples, which were carried by street vendors through a slope accessed by seventy-two stairs and then sold at Fanpotso and Sankuaitso, the local market in Wansheng was also known as the “Pineapple Store.”

Of the two sandbanks in Xindian River that used to lie off the south of NTNU’s Gongguan campus, the lower one partially linked with Jingmei. And that part was cut in the shape of a peninsula by a tributary; it then formed into an area of land (in the neighborhood of the campus) after the water dried up in a nearby riverbed and hence took the name “Hsichoutzu.”

Toumentou is located in the junction of Wansheng Street and Section 5 of Roosevelt Road. The second water gate of the Liugongjun canal system is installed in this area. A water gate is pronounced “toumen” in Southern Min, and hence this area is named “Toumentou.”

In the present-day Wansheng Street, around the corner of the Liugongjun canal system, many long-established residents are the descendants of a Chou family that set foot in the Linkou village (which encompassed the vicinity of Gongguan and Shueiyuandi), where there was Fort Wazhinei during the Japanese colonial period. Wansheng Street used to be an aqueduct of the Liugongjun canal system, which traveled over a river in Wazhinei via a small bridge, supplying water to Gongguan.

In the neighborhood of the present-day Zhiqing Elementary School during the Qing Dynasty, a Wang family struck it rich by cultivating land. The family raised five children, respectively nicknamed Ren, Yi, Li, Zhi, and Xin. Thus, this area was popularly referred to as Wangwuchang.

Xizikou is a port located in the vicinity of the present-day Wanqing Qingshui Zushi Temple. The name refers to a junction between Jingmei River and Xindian River. During the early reign of Emperor Qianlong, three individuals—respectively surnamed Gao, Zhang, and Lin—arrived at the port and established settlements, making it the first well-developed place in Jingmei. However, the build-up of silt in river channels would force boats to moor instead at Jianjiaotan, which lies at the intersection of Jingmei Street, and Xizikou’s popularity would thus be diminishing.

Jingmei Street is originally called Kengbe Street, which was an aqueduct of the Liugongjun canal system. The street was paved in 1909, when Kengbe Street was repurposed into an aqueduct of Liugongjun. In 1919, Jingmei Public Market was opened. Ranging from the south of pork vendors in the market to a riverside is Up Street, which used to be the busiest street; Down Street originates from the north of the vendors. As river channels fell into disuse, along with the opening of Wan-Xin Railway and roads, Down Street became increasingly populated and it is now busier than Up Street.

Shimen is located at the junction of Jingxing Road and Muzha Road. Originally the back side of Jingmei Mountain, it was drilled to allow Wulixue Canal to draw water from Wulixue River (nowadays Jingmei River) via Liyu Mountain to irrigate fields in the west part of Taipei, and hence took the name Shimen.

Located in the vicinity of an electrical substation on Jinglong Street, Sankuaicuo is a community built and inhabited by three individuals: Lin Xinqi as well as two partners surnamed Zhou and Chen, all of whom came from Jide Township of Anxi County in Fujian Province.

The village stretches from Qiaotou (at the junction between Jingxing Road and the end of Section 1 of Xinglong Road) in the west, extends to Mamingtan Mountain (at the end of Section 3 of Xinglong Road and the front of the elementary and high school programs of Taipei Private Tsai Hsing School) in the east, borders with Toad Mountain and Fanglan Mountain, and faces Jingmei Mountain in the south. It sits in a valley facing three mountains, split by Wansheng River, and occupied predominantly by villages whose names begin with the character “Xing.”