Development of Transportation in Jingmei

Massive land reclamation in Jingmei began approximately in 1736 (the first year of the reign of the Qianlong Emperor of the Qing dynasty). Most of those who just arrived in Jingmei to pioneer the land lived in Xizikou. Located on the east side of the intersection of Xindian River and Jingmei River, Xizikou was where cargo was received and delivered at the time. Trade relied on water transport. 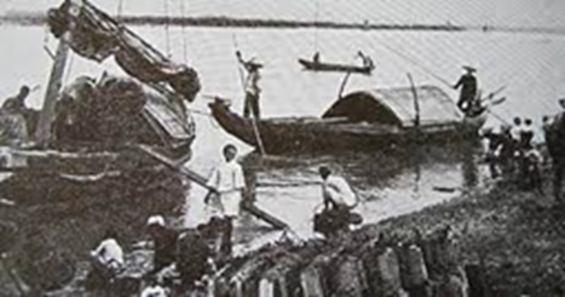 In the early 19th-century, Jianwei Street succeeded Xizikou as an important street. The ferry port moved forward to Jianjiaotan beneath Mujian because Xizikou silted up. As Jianwei Street was close to Formerly Jingmei Ferry Port, it replaced Xizikou and became a cargo hub.

In 1907, the construction of a push car railway line between Nanmen and Xiaocukeng in Xindian for the purpose of transporting construction tools and materials began. Later, passenger and cargo transportation services were also available. In 1919, the construction of railway lines in the Jingmei River basin began due to large-scale coal mining in Muzha, Shenkeng, and Shiding. One railway line went from Wanlong railway station to Xinglong Road and Wanfang Road; it was called Shiwufen Railway. The other railway line went from Jingmei railway station to Muzha, Shenkeng, and Shiding; it was called Wanxin Railway. 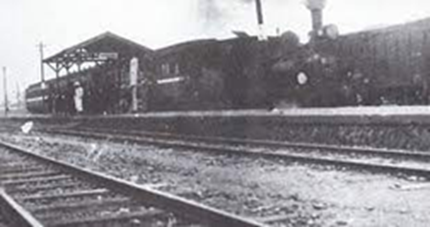 In 1921, the railway line between Wanhua and Xindian, commonly known as Wanxin Railway, was constructed by Taipei Railway Co., Ltd. It was 10.7 kilometers long, and Jingmei railway station was a major stop on the line. The line became fairly busy due to coal transportation. The initial purpose of constructing Wanxin Railway was to accelerate the process of transporting coal from Xindian, Muzha, Shenkeng, and Shiding. Besides coal, the railway line also transported agricultural products, forest products, and tea leaves. Later, it had to rely on government subsidies to be kept running due to poor operational performance. Moreover, roads needed to be widened to accommodate national defense needs. As a result, Wanxin Railway ceased its operations and was demolished on March 24, 1965. 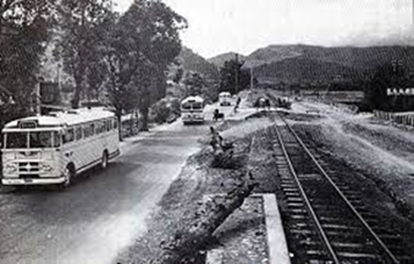 After the demolition of Wanxin Railway, the original railway roadbeds were remodeled into roads. The section between Wanlong and Xindian was widened to match the existing road, and became today’s Sections 5 & 6, Roosevelt Road and Beixin Road.

The Xindian Line began operation on November 11, 1999. It is a high-capacity transit system operating fully underground. It runs from Xindian to Wanlong, a route similar to that of the closed Xindian Line of the Taiwan Railways Administration. This line has brought convenient transportation network to Jingmei. 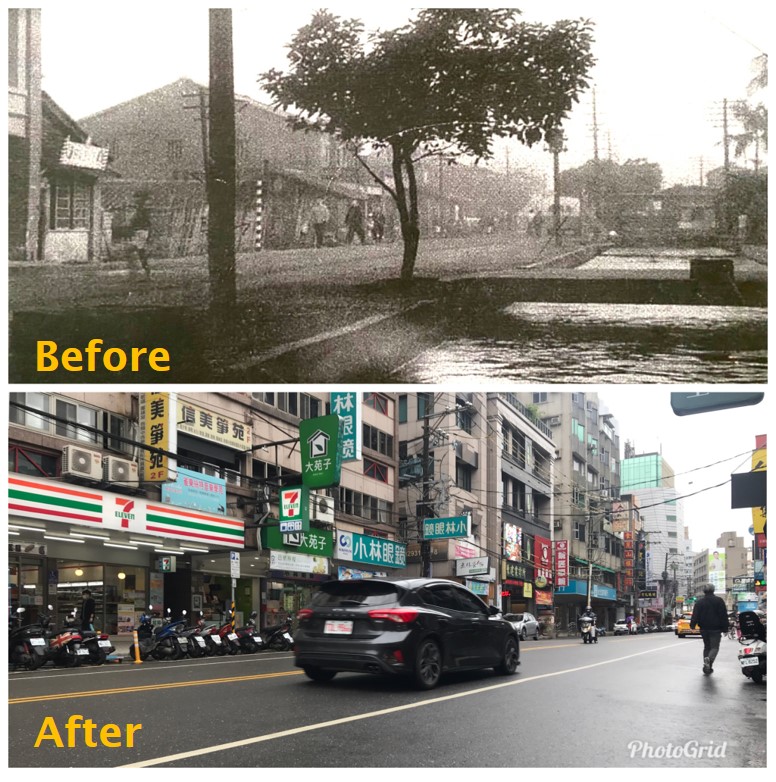 Jingwen Street bears witness to the prosperity of Jingmei in the past hundred years. However, it is also the most difficult street in Jingmei to travel on. In its early days, Jingwen Street was located next to the Jingmei River and Liugong Canal, and could easily be flooded when there was heavy rain due to the fact that it was in a low-lying area. To prevent flooding, shops on both sides of the street elevated their building foundations, resulting in uneven road surfaces, hence difficulty traveling on the street. Before 1965, Taiwan’s building acts and regulations did not stipulate that pedestrian arcades should be built in buildings. Thus, pedestrians could only walk on roads, weaving in and out of traffic. Now you only have to have a look at the buildings on both sides of Jingwen Street to tell which ones were built before 1965. 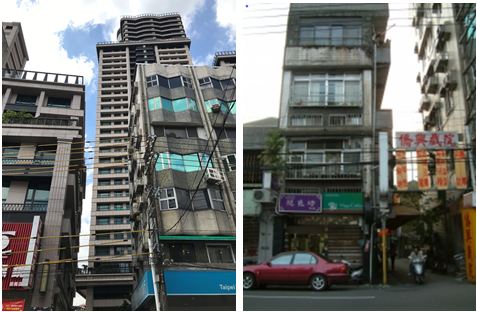 When you walk to Jingwen Street, you only have to turn around and you can look around the tallest building in the history of Jingmei. The one facing you is a 33-story residential building. It is now the tallest building in Jingmei. The location was initially where the coal yard in Jingmei railway station was at. Later, it was remodeled into Qiaoxing Cinema. The current building was constructed after the demolition of the cinema. It used to hit the highest residential property price in Jingmei at the time during presale.

Water brings fortune and it brings prosperity to Jingmei

In Chinese feng shui, it is believed that water can bring fortune; water flow represents cash flow. In its early years, the ferry port in Jingmei relocated to Jingwei because Xizikou silted up. Jingmei transformed into an important cargo transfer station from being an agricultural settlement in Jianwei. In 1908, the course of the new Liugong Canal changed and the canal flowed through Jingwen Street. Where water flowed, there was prosperity. You could see roads and push car railways parallel to the Liugong Canal on Jingwen Street. Jingwen Street became a junction between Taipei and Wenshan area. 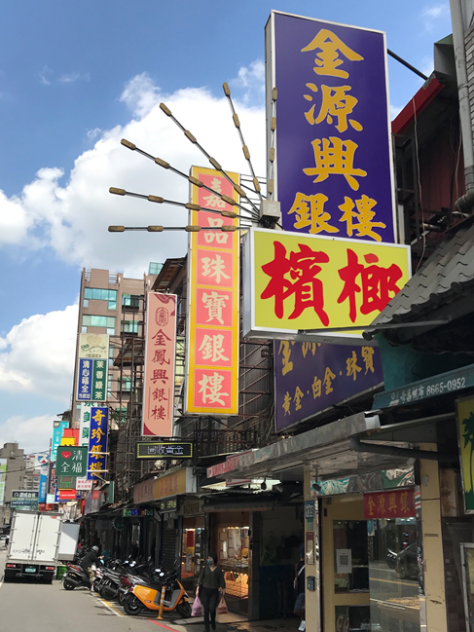 These owners of old stores ran business for a long time, with wealth and in a low-key manner. Some of the old buildings on Jingwen Street is diagonally opposite to the water flow of the Xindian River. Maybe that’s base on a Chinese Fengshui principle which means “water comes, money follows, gather fortune form every direction.” And take a look: the stores on Jingwen Street that seat on the east side facing west seem to have better business than the stores facing east. It may echo a saying in the Taiwanese dialect, “Seat east, face west, earn money on the quiet”. Even though Jingwen Street is unwalkable, visitors can see the microcosm of the evolution of Jingmei. So let’s take a walk. Absolutely worth it!

此分類更多內容： « Religion in Jingmei Education and Entertainment in Jingmei »