Canals and Rivers in Jingmei 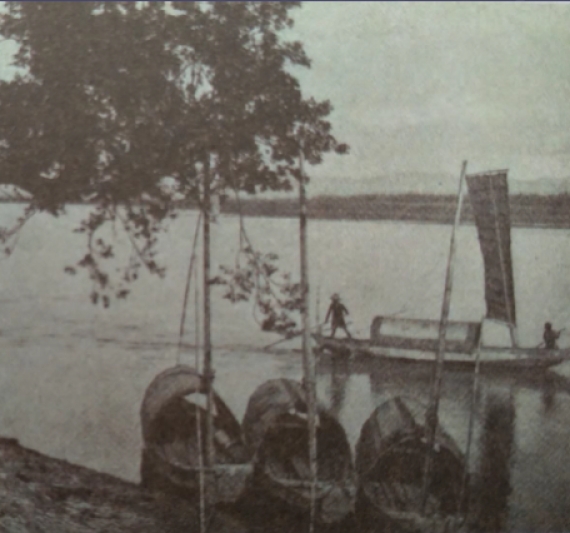 Jingmei Old Street is a local food hub, where the night market with local features gradually develops. The night market is next to Shih Hsin University and thus visited by many students. Eateries open at night to accommodate people’s need for late-night supper. They don’t have to worry about not having things to eat at midnight. Jingmei Night Market differs from general commercial night markets in that it offers lots of traditional foods. Chain stores that can be found everywhere are rarely seen here.

The market was established as early as in 1919. It is at the intersection of both ends of Jingwei Street. When it was first established, the market was a shabby square pavilion with an area of approximately 66 m2; it was known for selling pork. There are still local eateries at the site nowadays, bustling with people.

Yuetai Fengfan, the 2012 urban renewal project located on Cheqian Road, is a 33-story steel reinforced concrete building remodeled from the one-story and two-story buildings originally located at the site.

Skyline, the 2016 urban renewal project located in the area next to Jingxing Road, Jinghou Street, and Jingmei Street, is a 27-story building on Jingmei Old Street.

Surrounded by skyscrapers, Jingmei Street is flanked by old one-story, two-story, three-story, and four-story buildings that are about 50 years old. In particular, it is categorized as commercial land, which will be the key area where the future urban renewal project will be located.

Before Western medicine was introduced to Taiwan, people purchased medicines in traditional Chinese herbal pharmacies. Hengde Pharmacy and Hengmao Pharmacy have been in operation for over a hundred years; they bear witness to the rise and fall of Jingmei Old Street in the past hundred years.

Changes in the Four Generations of Jingmei Bridge

The locations of the four generations of the Jingmei Bridge are slightly adjusted. Imagine that we were standing here about 250 years ago, the bridge was not located here. It lay to the east of the bridge now. Initially, it was a wooden aqueduct system used to move water across the river.

The end of the Jingmei Wooden Irrigation in Xindian was called “Jiantou (source)”, and that of it in Jingmei was called “Jianwei (mouth).” “Jianwei” later evolved into “Jingmei”, a more elegant name with similar pronunciation to “Jianwei.” “Jingmei” means a beautiful place.

The Japanese government started to remediate the Liugong Canal in 1901 during the Japanese occupation. The remediation included the remodeling of the Mujian Waterway. The waterway was remodeled into a reinforced concrete bridge, which was completed in 1908. Pedestrians and vehicles could travel on this amphibious bridge, and there was a waterway under it. It was Taiwan’s first amphibious bridge made of reinforced concrete.

The second-generation bridge was named “Liugong Bridge” after the person who built the Liugong Canal. Compared with the Mujian Waterway, it slightly moved toward the west.

The third-generation bridge was built in 1955 to replace the Liugong Bridge that was demolished in 1963 because muddy and sandy sediments on the riverbed and its height (too low) affected water flow. This bridge was named Jingmei Bridge. There was no waterway under the bridge; only pedestrians and vehicles could travel on it. Moreover, this new bridge slightly moved toward the west.

In 2009, the reconstruction of the third-generation bridge began because the bridge could not take heavy traffic and it was too narrow. The fourth-generation Jingmei Bridge was completed in 2010. It is a tied-arc bridge without bridge piers. Lighting cables and landscape LED lights were added for lighting at night. 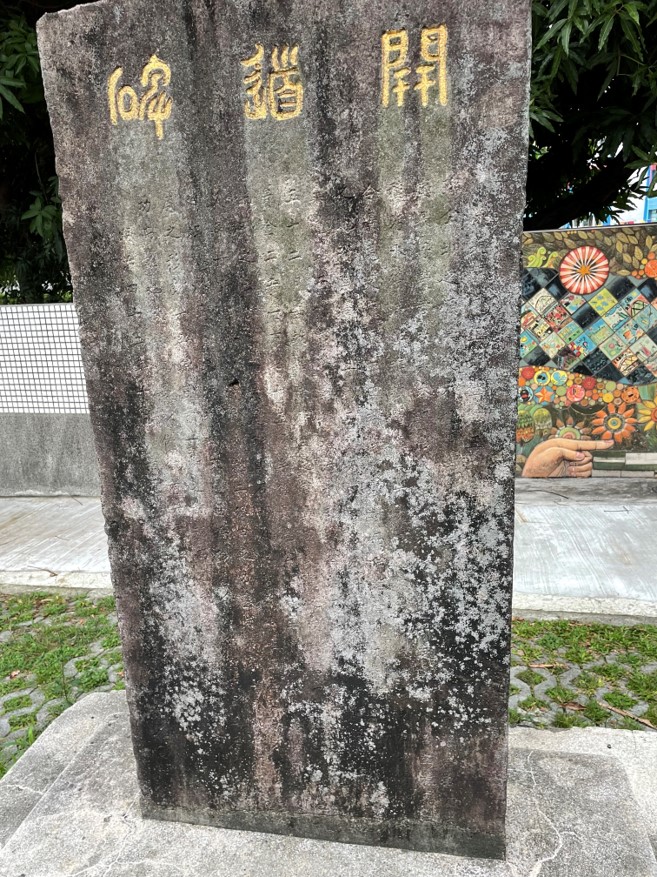 The Kaidao Memorial Tablet was erected at the entrance to the Jingmei Bridge. “Kaidao” means to build a road.

The monument was erected in 1909, and bears witness to the course of development of Jingmei. It constitutes a historical account of the following: the course of a section of the Liugong Canal was changed to Jingwen Street after the completion of the Liugong Bridge in 1908; land was reclaimed from the old canal that flowed through Jingmei Street; and the construction of Muzha Road.

In an era where land transport was not developed, water transport was the most convenient transportation method. Places in which waterways concentrated could easily develop into settlements.

The source of Jingmei River can be found in Shenkeng and Shiding; the river is a very important waterway. In the early 19th-century, the Xizikou Ferry Port silted up. After the ferry port moved upstream to the entrance to Jingmei Street, Xizikou gradually declined.

Xizikou in Jingmei is located at the intersection of Jingmei River and Xindian River, two important waterways. Consequently, Xizikou became the oldest and busiest ferry port. 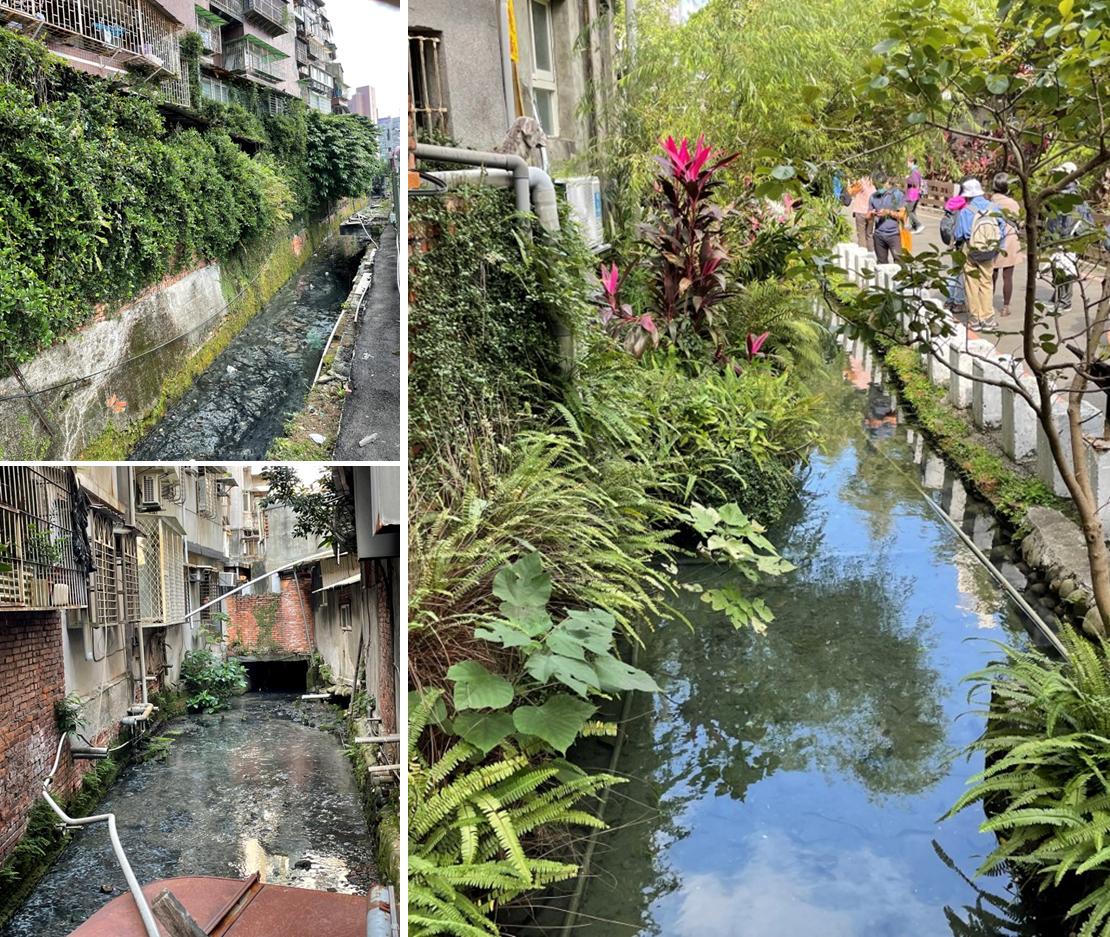 Taiwan’s climate is favorable for growing paddy rice; it can be harvested twice a year. Han people began to pioneer the land in the Qing dynasty. In the early days, they relied on ponds for water supply, but these ponds were not a stable water source since they were susceptible to weather conditions. Irrigation facilities were needed to provide a stable water source. Thus, canals were created.

There were primarily two canals used to irrigate fields in Taipei: Wulixue Canal and Liugong Canal. Both of these two important canals in Taipei flowed through Jingmei. The former waterways turned into roads on which pedestrians and vehicles travel nowadays.

The old name of Jingmei River was Wulixue River, after which Wulixue Canal was named.

The source of the canal was Jingmei River. Located to the south of Jingmei, Jingmei River was a natural boundary. In 1907, the river flowed into Liugong Canal, whereby Liugong irrigation group system was established.

Currently, several traces of the Wulixue Canal can still be found in Taipei City.